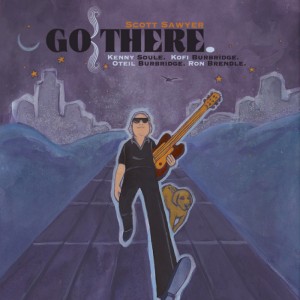 Once upon a time, guitarist SCOTT SAWYER envisioned a new band, to interpret his music and his arrangements of other people’s music…an electric power trio with a healthy respect for space.

One fine day, he heard the album “Righteous” by a band called “DAG”; the groove got his attention, he knew DAG members Bobby Patterson (bass) & Kenny Soule (drums), but they hadn’t worked together.

After a pickup gig in Raleigh, NC, they rehearsed for a gig on April 15th, 1999 (which inspired the re-do of George Harrison’s “Taxman”). They named the band GO THERE.

Eventually life got in the way and GO THERE disbanded in December 2004.